Savannah, Ga. -- It is not uncommon for a University of Georgia researchers to have a paper published in a scientific journal. That is the way scientists communicate their work to other scientists. However, recently, UGA Department of Marine Science researchers Mary Ann Moran and Aron Stubbins were published in a journal targeted not at fellow scientists, but to teenagers. The Environmental Science Journal for Kids published an article co-authored by Moran, Stubbins and two others, titled “How do tiny ocean critters affect the global carbon cycle?”

Stubbins’s passion is carbon, especially the way carbon cycles through the ocean, the atmosphere, plants and animals. The article started with a workshop organized by Stubbins, Moran, Elizabeth Kujawinski from Woods Hole Oceanographic Institute and Rob Fatland, from the University of Washington. The workshop focused on the relationship between microbes and dissolved organic carbon.

“From that workshop, we put together a perspective piece on the interactions between dissolved organic carbon and microbes, and how that’s important in the ocean for the food web, climate change and carbon cycling,” Stubbins said. “That was published in the Proceedings of the National Academy of Science.”

After publication, the team was contacted by the Environmental Science Journal for Kids, a Texas-based non-profit organization that helps make scientific research discoveries more accessible to the general audience and particularly to children. They do that by digitally publishing kid-friendly adaptations of scientific papers, including teacher’s aids and resources to enable integration of the scientific literature in a classroom curriculum.

The team at the journal produced the adaptation in collaboration with the research team. “They did most of the heavy lifting,” Stubbins said. “It was a remarkably easy experience.”

The adaptation is organized like a professional paper, with an abstract, an introduction, a description of methods, results, discussion and a conclusion, all adapted to appeal to high school students. Since publication in mid-July, the article has been downloaded more than 250 times, making it the second most downloaded article on the site for the month of August.

Whether you are a high school student, a teacher, a scientist or are just interested in how our planet works, check out the article and learn more about how the microbes of the ocean shape the global carbon cycle at:  www.sciencejournalforkids.org/science-articles/how-do-tiny-ocean-critters-affect-the-global-carbon-cycle. 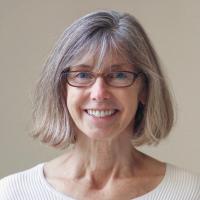 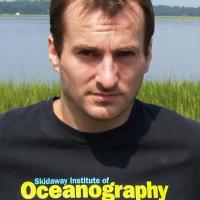